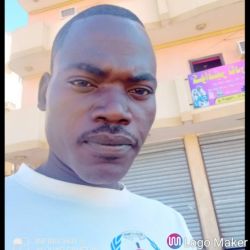 Prevention of Gender Based Violence In The Community Through Awareness

To Gender Based Violence in the community

Gender-based violence is a long standing, complex, global problem. It requires attention and effort from a wide range of actors. In populations affected by armed conflict, GBV is one among many protection concerns for the community and the organizations assisting the community, and as a midwife I have learned GBV course and Midwifery 1&2 which also talked about MISSP.

In section I will basically focusing on gender Based Violence by definition, goals of

focusing on gender Based Violence, types causes and onsequences.

determined, in contrast to those that are biologically determined.

Gender informs the different roles, status and power assigned to women and

men in the society

Definition of Violence against Women and Girls

Violence against women encompasses, but is not limited to, the following…..physical, sexual and psychological violence occurring within the general community, including rape, sexual abuse, sexual harassment and intimidation at work, in educational institutions and elsewhere, trafficking in women and forced prostitution, despite some of them are not occuring in community therefore there's need for them to have knowledge about GBV.

Gender-based violence is violence that is directed against a person the basis of gender or sex. It includes acts that inflict physical, mental or sexual harm or suffering, threats of such acts, coercion and other deprivations of liberty and this can be to women, men, boys and girls which could be victims of gender-based violence, but women and girls are the primary victims.

Any abuse, harm or suffering done to a person who is in a position of trust, vulnerability or differential power for sexual purposes.

To enable design of effective GBV prevention strategies to address the root causes of GBV and the unique contributing factors that take place in individual settings.

To increase understanding of the urgent need for basic survivor assistance (response) services in all settings; and to be able to work with stakeholders to establish response services.

To understand the importance for all actors to abide by the recommended Guiding Principles.

To increase knowledge of multisectoral and interagency action for prevention and response, and the need for well coordinated action.

Assault and other physical violence (gender-based)

Denial of opportunities and/or services

This Can be a component of any of the aboveas well as Harmful Traditional Practices such as; FGM/FGC, Early/forced marriage, Honor killings

Dowry abuse, Widow ceremonies, Punishments directed at women for crimes against culture and Denial of education, food for girls/women due to gender role expectation

Male and/or society attitudes of disrespect or disregard towards women.

Lack of belief in equality of human rights for all

Lack of value of women and/or women’s work

Despite there is a lot of Possible Contributing/perpetuating Factors which I will not talk about them all examples includes;

Lack of identity cards/registration cards for each individual refugee

Lack of laws against forms of gender-based violence


There are a number of medical, psychological, and social consequences to GBV that vary depending on the types of GBV, death, either through homicide or suicide, is not common, the most significant social outcome is stigma and all societies’ tendency to blame the victim for an incident of GBV, especially rape and other sexual abuses. This stigma and blame result in even greater psychological and emotional suffering to the survivor and often influences the behavior of those who should be helping.

◈ Survivors of GBV are at high risk for further abuse and victimization.

The exact consequences vary, depending on the type of GBV as mentioned above this includes;

outcomes with all types of sexual and gender-based violence, such as Suicide,

Social Consequences—Most societies tend to blame the survivor for the incident, especially in cases of rape.This social rejection results in further emotional damage, such as

Blaming the victim, loss of ability to function in community (e.g., earn income, care for children), Social stigma, Social rejection and isolation, and Rejection by husband and family.

Although the few things highlight about Gender Based Violence there's a lot of work needs which I'm here standing for to accomplish through educating the people who carry out these response services before conducting community Awareness, If these service providers are not properly trained and survivors go to them for help, the survivor may face more problems and probably further trauma and harm.

Training for all actors, whether volunteer ( BHI and community) or staff within the facilityto respond compassionately, confidentially, and appropriately, with well reporting and referral systems to the facility

Documentation of reported incidents, data analysis, monitoring and evaluation within the facility before reporting to authority concern mostly when dealing on how to improve or reduce this cases

Coordination and information sharing systems among the various actors and organizations e.g Mbili Community For Development and Empowerment Organization ( MCDEO), Base in Wau but work at community level at meantime.

Health is the global concerned to both government, international organization and governmental organization in every continent with much concern in world developing countries particularly in Africa like young nation Republic of South Sudan.

South Sudan has continued to suffer some of the worst health indicators globally with an under-five mortality rate of 96 deaths per 1,000 live births and with 75 per cent of child deaths due to the preventable diseases of diarrhea, malaria, and pneumonia. Also the maternal mortality rate is 789 per 100,000 live births with less than 8 per cent of deliveries attended by skilled birth attendants as per 2015 WHO reports, it is trigger by limited access to health services with 83 per cent of the population living in the rural areas and 56 per cent of the population living further than one-hour walking distance from a health facility.

Nietherless, the Republic of South Sudan launched the Boma Health Initiative (BHI) in March 2017 as a nationwide strategy to improve access to essential health services, as well as to standardize the package of community health services, promote linkages between communities and primary health facilities, and improve community ownership and governance of health services. This was aim to replace and harmonize the delivery of fragmented community health services which are currently supported by non-governmental organizations (NGOs) with funding from different donors

As individual work as professional midwife working at Mbili Primary Health Care Unit one of the unit in Kuajiena payam, Jur River County of Western Bahr El Ghazal State, South Sudan the above challenges are evidence based at rural areas and country wide. In addition to addressing this challenges I suggest Health Care grants, fundraising and community contribution and participation in all sectors relating to solving community health problem.

I JacobTong Wol has deeply feel for my community and country with only knowledge and skills in hand, full dream and plans to help but lacking financial support to implement by plans and dream to my community, therefore I suggest if I develop website and keep on requesting for Health grants and other fundraising from individual than I will be able to achieve this plans;

1. Community Awareness on all under five child illness ( cause, prevention and early seeking treatment).

2. Construction of maternity and having full basic maternal and neonatal obstetric services.

4. Motivation/incentive for all staffs on ground/ field.

Accountability, Implementation and Transparency is my priority in any successful plan. 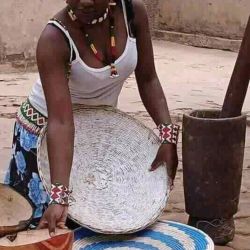 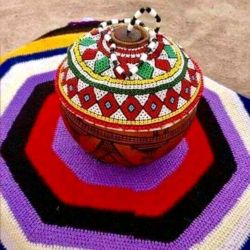 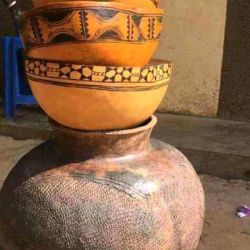 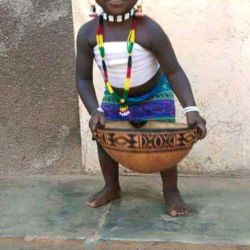 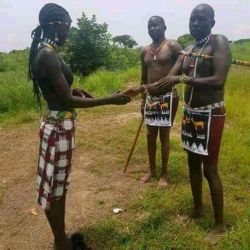